A Collection of Lines, Brick and Mortar Gallery, Easton, PA 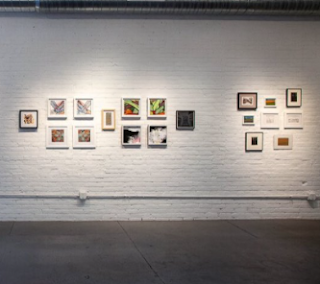 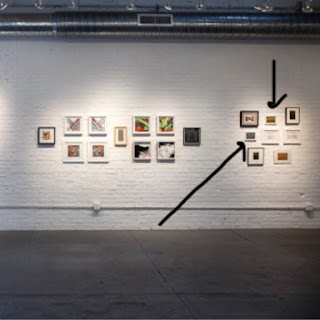 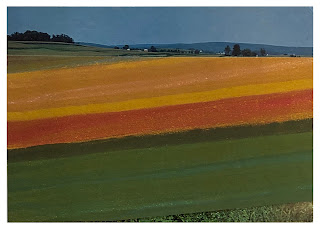 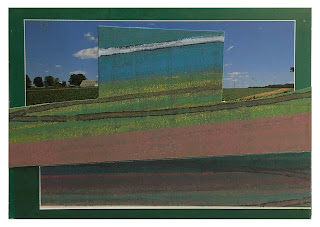 The shortest distance between a local artist and an Easton gallery is a straight line.Brick + Mortar Gallery's summer group show, titled "A Collection of Lines," will be on display from August 3 through August 24. By Connor Lagore | For lehighvalleylive.comThe Merriam-Webster Dictionary has 15 different definitions for the word ‘line’ as a noun. There are 11 more ways one could use the word as a verb.But the dictionary is too stringent, too limiting. There are so many more ways to interpret a line.Decorating the walls of the Brick + Mortar Galleryin the Simon Silk Mill currently, there are more than 50. That’s how many artists have pieces featured in the gallery’s current exhibition, “A Collection of Lines.” Gallery Director Colleen O’Neal put out a call for artists within a 40-mile radius for works on paper less than 12 inches by 12 inches to cover the gallery walls.Those artists brought in just under 100 works for the exhibition, which had its grand opening on August 3 and will run until August 24. There’s no shortage of variety. Drawings, paintings, collages, photographic work — there’s a whole host of mediums represented.“It really runs the gamut,” O’Neal said.The whole project was O’Neal’s brainchild. A transplant from New Jersey, she’s been living in the Easton area since 2017 and in her role as the director at Brick + Mortar since March 2019, so she felt the need to get a better grasp on the network of artists in the area.“I know so many artists from the Newark area, but I don’t really know who’s working around here,” she said. “So, it was really important for me to do some sort of outreach.” She noted that galleries will often have summer group shows and thought that would be a perfect way for both her and the surrounding community to get to know some of the work that was being created in the area. She initially put out the call for any artist within a 30-mile radius but talked to a group of artists that worked 36 miles away. So, 30 became 40.O’Neal, who’s an artist herself, sees exhibitions like “A Collection of Lines” as a way for artists to plug into their community when they often spend so much time apart.“It can be isolating,” she said of a creative life. “There’s a lot of artists struggling with a range of different issues, whether it’s mental health or financial issues – not all artists deal with that, but some do. It’s nice to have a community that supports you and understands some of the struggles you’re going through.”Allentown artist Pat Badt agreed many artists live private lives. Gathering for these types of events helps to open the world up a bit, Badt said.“New openings or gallery shows, they’re meeting places for artists and so they’re super important,” she said.O’Neal said some artists haven’t been to Brick + Mortar or didn’t even know it existed, and that symbiotic relationship helps the gallery thrive and artists connect with their community.And so, what better way to connect than with a line?“A line is a very basic element in creating work,” she said. “It’s very broad, and I just wanted to see what happened.” Lots of things happened, almost 100 of them. And all were different — there were bright and crowded paintings, minimalistic sketches and even one simple, continuous line.Lines are important in almost any medium, which allowed the participants to use lines to capitalize on their own strengths. For some, like Allentown-based artist Les Fletcher, it was a match made in heaven.“I just said to myself ‘Wow, this is what I do,’” Fletcher said. “It’s perfect.”Fletcher, whose vibrant pencil and water color pieces in the exhibition captured his preference for vibrant color and thick, abstract lines, responded to the prompt much differently than Badt. She found old postcards on eBay depicting Pennsylvania countryside and collaged them with prints she had made. It’s a method of artistry that’s new to her, but it fit perfectly within the exhibition.And with so many different styles of art sharing the walls, the artists involved were excited to see how others had interpreted O’Neal’s prompt.Artists featured in the show can be just as entranced with their peers’ works as a typical gallery viewer. Fletcher sure was.“Colleen’s manifesto was so simple, that it could have been, and it was, interpreted in as many different ways as there were artists in the exhibition,” he said. “That was really exciting to see.” And Badt, who was out of town the weekend of the opening, is excited to be able to see the gallery when she returns.Clara Kewley, a recent high school graduate who contributed two intricately designed collages to the show, has grown up surrounded by the older, veteran artists in the Lehigh Valley art world, but noted how many more people were able to join the community with a larger radius of artists being welcomed to the exhibition.“I think as an artist, you really want to become part of the community that you live in,” Fletcher said. “You want to interact with other artists within your community.”Badt agreed.“It’s wonderful to bring a collection of local artists together," she said. She runs a project called THE THIRD BARNwith her partner Scott Sherk.Strengthening that artistic network in the area is the purpose of a group show, empowering the artists to be a part of something bigger than themselves.“You can be a part of it,” O’Neal said. “This is your community.” https://www.lehighvalleylive.com/entertainment/2019/08/the-shortest-distance-between-a-local-artist-and-an-easton-gallery-is-a-straight-line.html
Posted by thethirdbarn No comments:


The A.S. Art Foundation is pleased to present the opening of Great Expectations, an exhibition that aligns with our foundation's mission to expose the public to fine abstract art, from both old masters and new artists, and to educate current and future generations on the significant styles of Abstract Expressionism. This group show brings together several young and mid-life artists - all local to Pennsylvania - with the great expectation of showcasing how the abstract tradition continues to influence contemporary art in surprisingly new ways.
Posted by thethirdbarn No comments:

On the Rocks will feature some 60 paintings, works on paper, monoprints, photographs and sculptures that depict majestic mountain ranges, rocky crags, bluffs, peaks, hills, steep cliffs and monoliths.
Posted by thethirdbarn No comments: 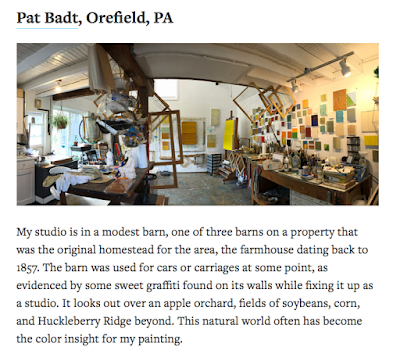 Email ThisBlogThis!Share to TwitterShare to FacebookShare to Pinterest
Labels: 2019, A View from the Easel, Hyperallergic, May 10 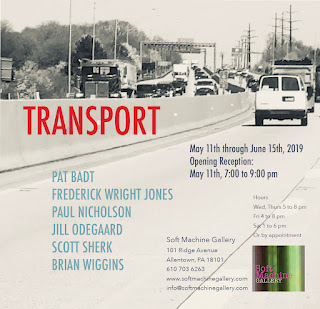 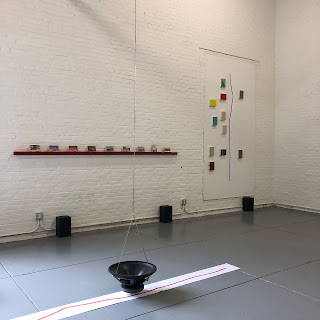 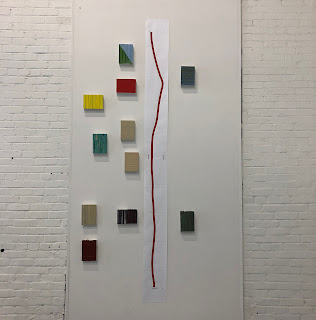 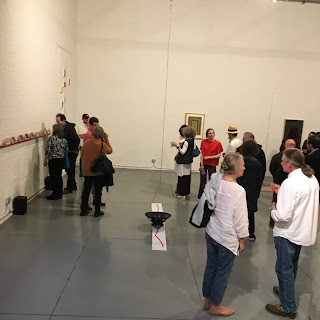 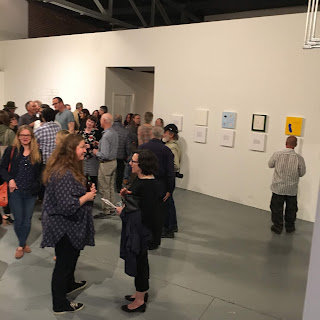 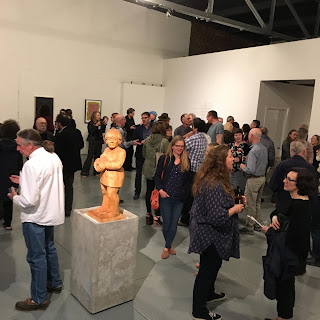 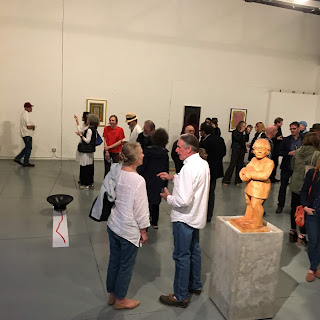 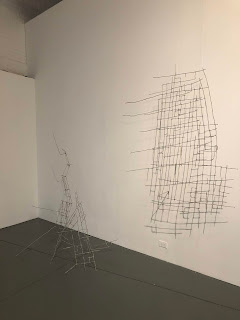 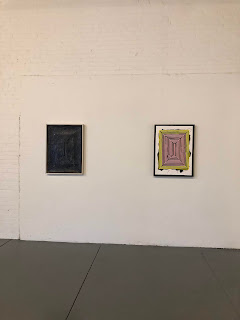 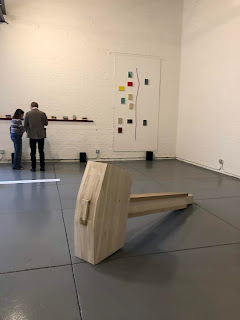 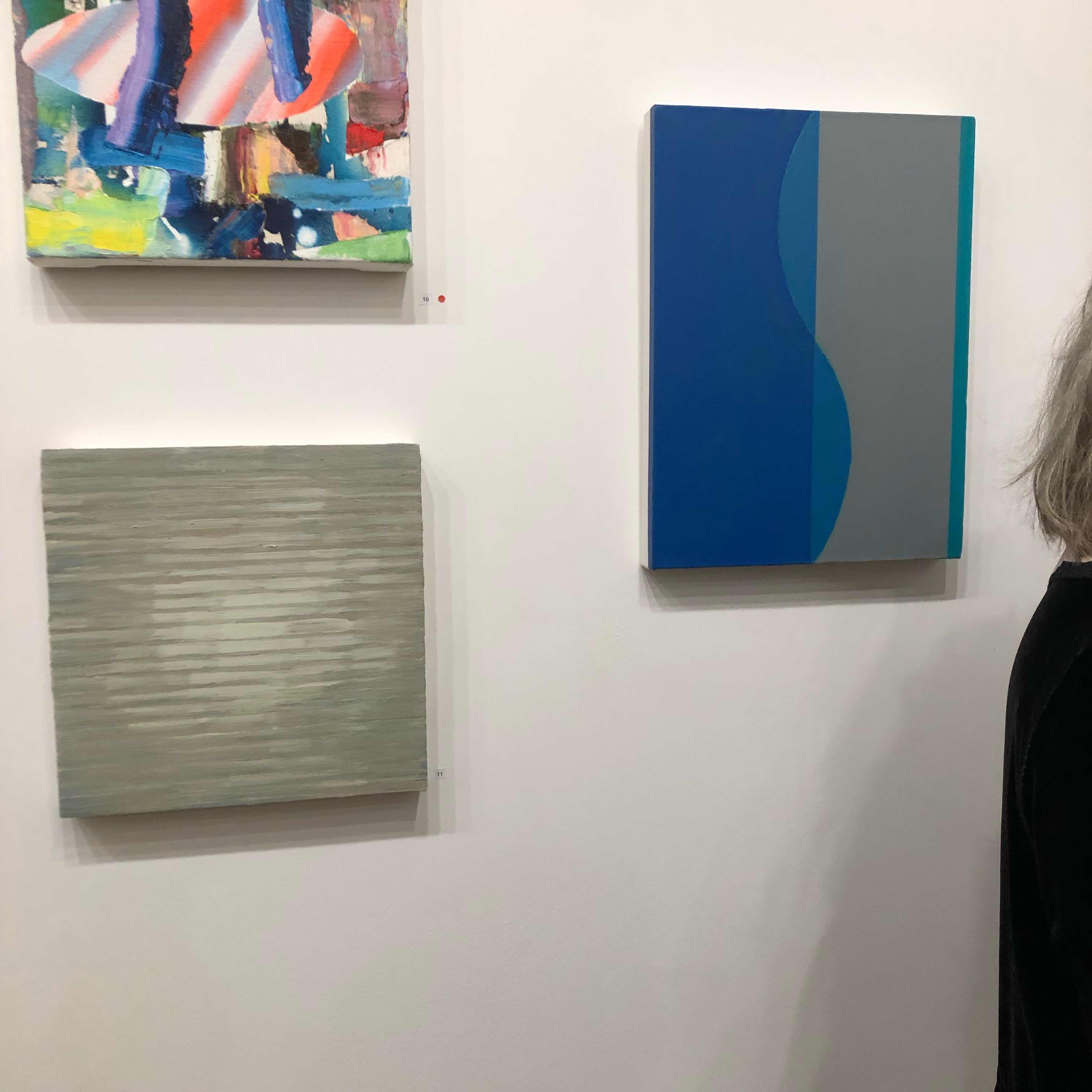 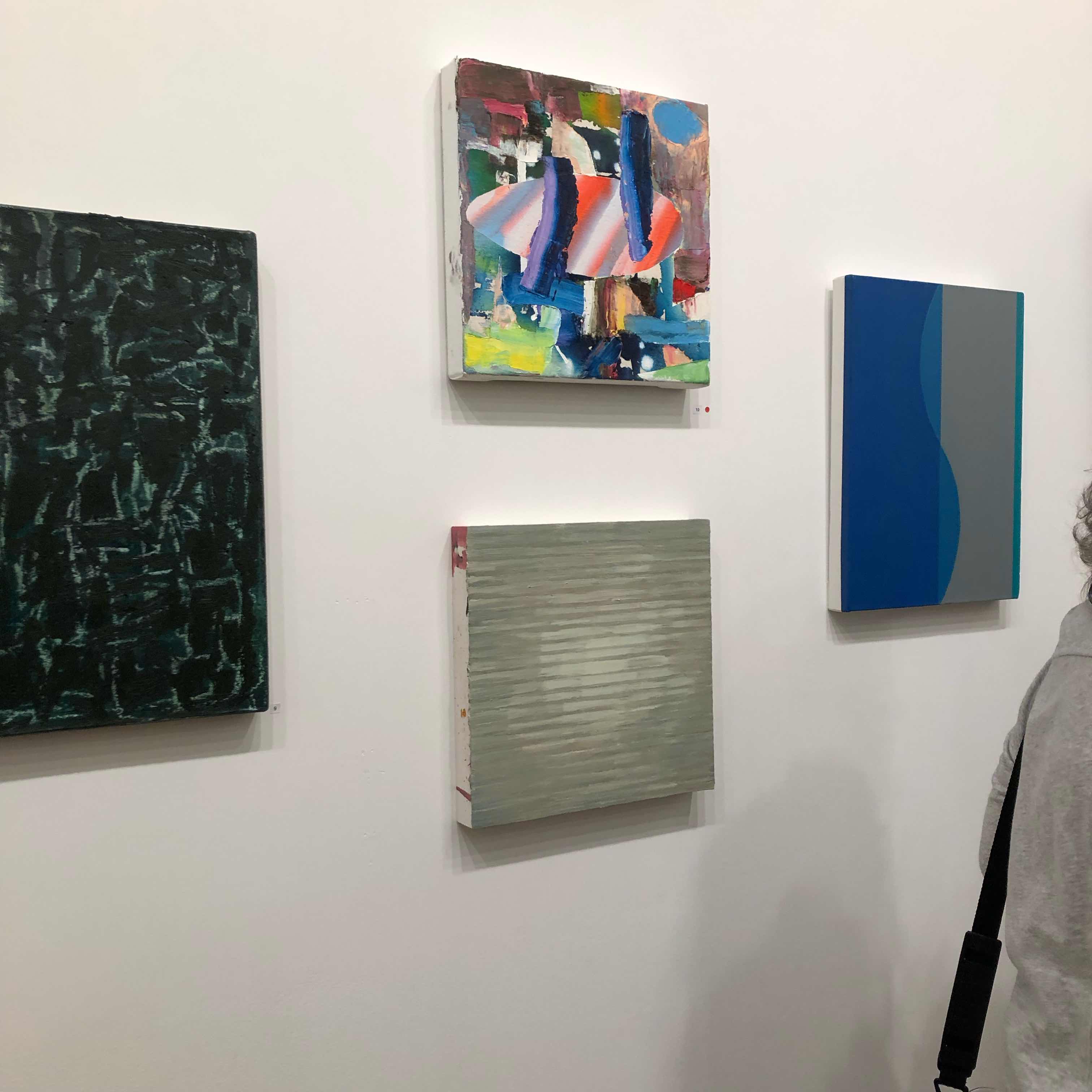 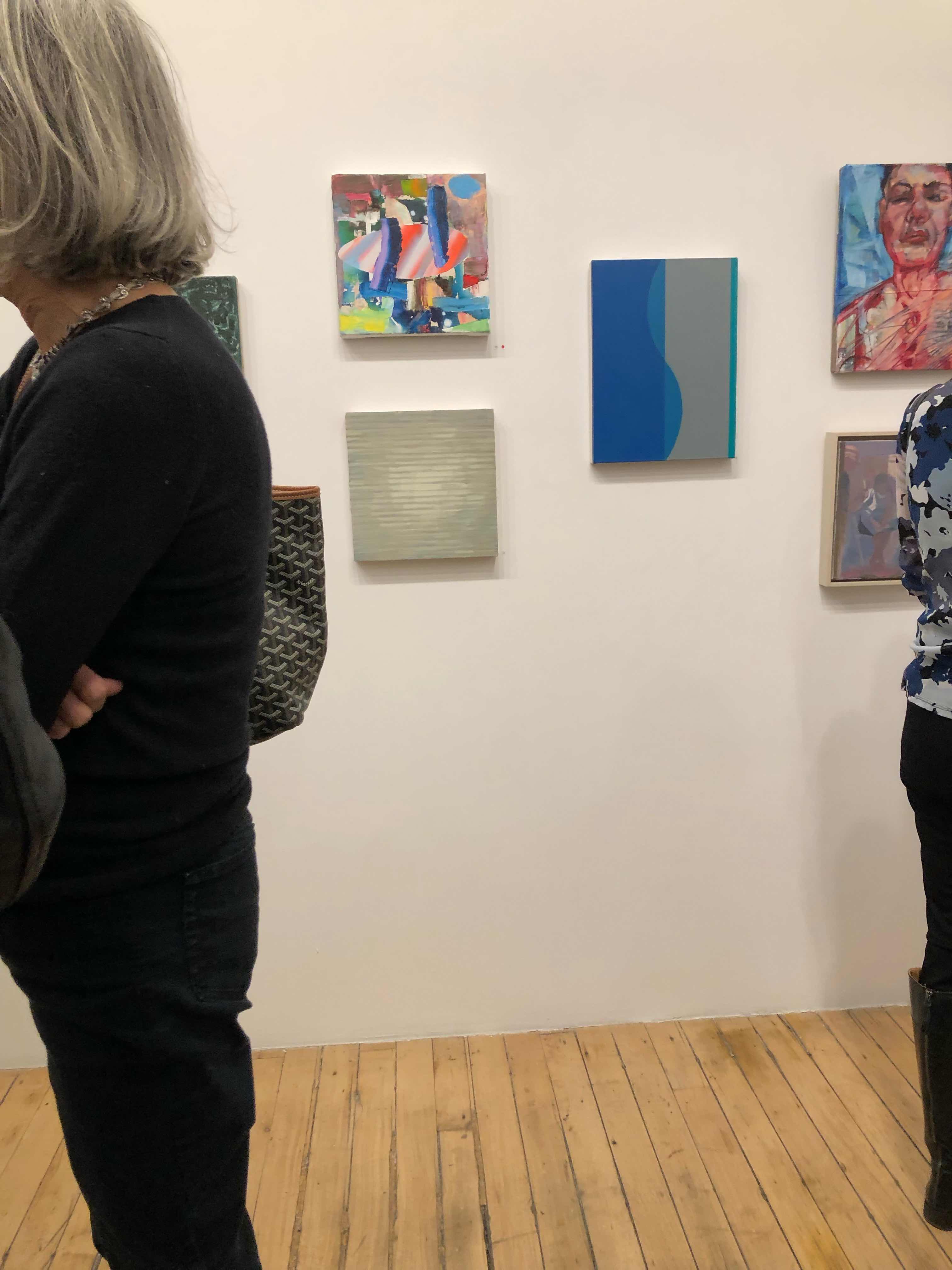 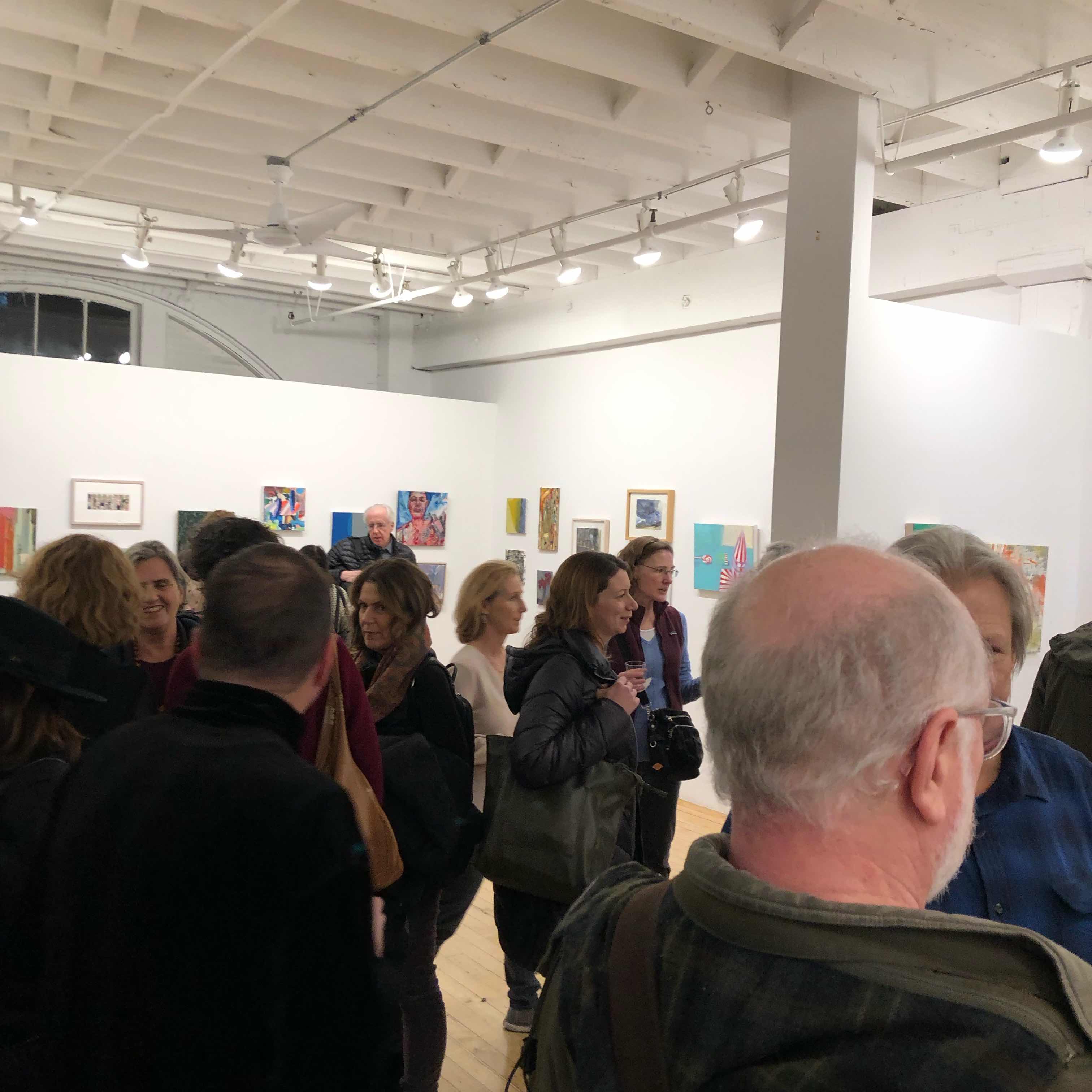